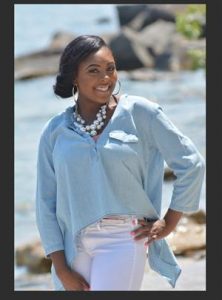 My name is Amiya Crockrom. I am a senior at Whitney M. Young Magnet High School and a Chicago Urban League Project Ready College participant. It is my honor to be the first blogger for the 6th Annual Chicago Urban League Black History Film Festival. To kick off the festival this month, we started with the movie “42.” The movie was about Jackie Robinson, the first African American to play in Major League Baseball. I have never seen this movie, so to view it for the first time was a joy.

Branch Rickey a legendary manager of the famous Brooklyn Dodgers decided that he wanted to break color barriers in baseball and sign an African American player. In the movie, while searching for the “perfect fit”, Jackie stood out to Rickey while others said he had a bad temper. Rickey knew he would be the best match for the team. Jackie had to go through a lot of taunting and patronizing because he was a Black baseball player changing the world. They belittled Jackie Robinson by calling him “Nigger” and trying to deprive him from his main goal which was showing his love for the sport and getting paid.

Rickey warned Jackie about all this and he asked him if he was he ready for it. He told him in the movie, “I want a player who got the guts not to fight back, and you gotta have the guts to turn the other cheek.”

This said something to me because, it is easy to pop off and be mad but it takes strength to hold your tongue, especially when being treated like you are nothing because of the color of your skin. When one of the players called Jackie a “nigger” numerous of times taunting him during one game, I got so angry to the point I wanted to cry. I know the movie downplayed the disrespect and bad treatment, so I can only imagine what he actually went through. One thing I did like was that he was a hero to little Black boys and eventually became a hero and an inspiration to little white boys as well.

During one scene, Rickey told Jackie about a little white boy who said, “Look I’m Jackie Robinson,” and it made me so happy. How could people hate someone because of the color of his skin? We are all the same inside.

Jackie not only touched his teammates but everyone around the world. His teammates realized that it was for the love of the sport, and he was amazing! For a year, he was with The Montreal Royals, which was a minor league professional baseball team, but finally, on April 15, 1947, Jackie earned the title of Brooklyn Dodger.

Jackie Robinson is a hero in my eyes because he was able to refrain from all the chaos and disrespect. It takes a very strong man to not fight back. He was faced with overt racism, and he demonstrated true acts of courage. It’s crazy how we still have such racist and dehumanizing acts today. We’ve come a long way, but I still feel like we have a long way to go.

Picking this movie was a great start to the film festival. Thank you Chicago Urban League!

May Unemployment Numbers See Little Change, Government Can Step in…